Home Every Picture Tells a Story The Wrong Man 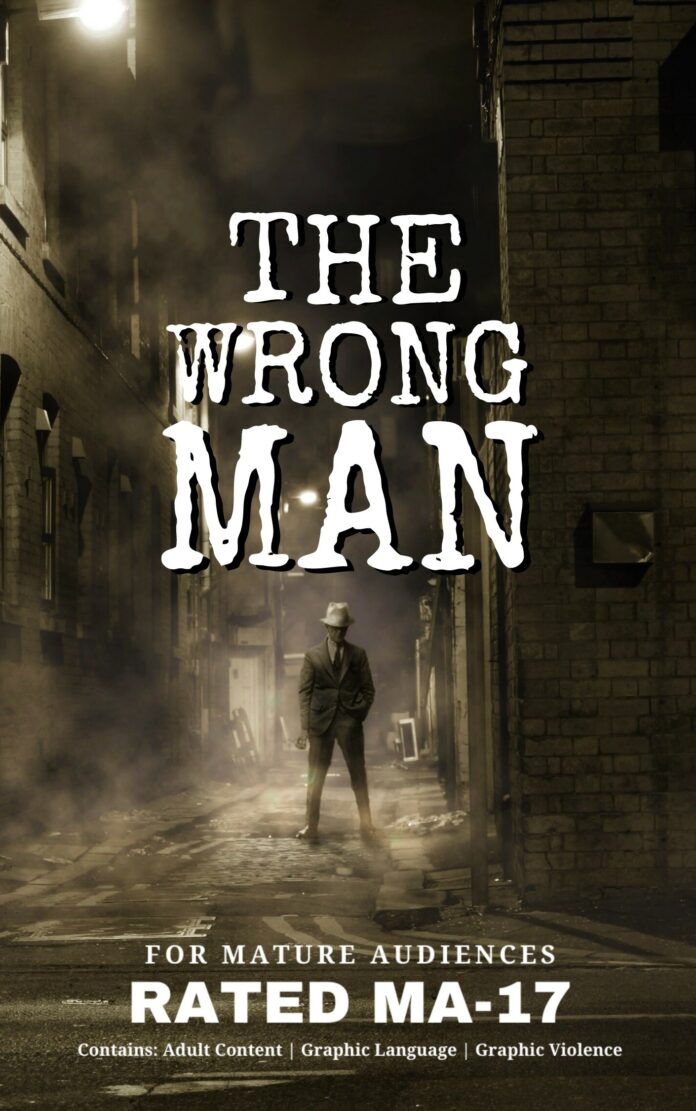 FROM THE DRAFT (of a longer story)

No guns. No knives. They checked you at the door, so I left them with the man who eyeballed me before letting me in. But I always carried a cheap fountain pen that—unlike the one in my jacket—was empty. No ink and in my back pocket where I could get at it with my hands lowered slightly behind me, on the hips, a non-offensive stance. You can do a lot of damage with a pen when you don’t have a blade.

I had learned that trick in Naples, Italy. In the Gut… a dicey place where women, the wrong kind, and trouble were always in abundance. I had watched a local bully boy get sliced open with one. They don’t make a clean cut though… the tip catches and rips. Afterward, the bully boy wasn’t so tough. He had picked on the wrong man.

People think it means I let shit slide. I mind my own business and don’t give a damn what others do. I got problems of my own and just want to sit and drink. But when the jumbo-sized, scar-faced goon started slapping her around, I had to do something. What she was doing in this hole wasn’t my business, but she didn’t fit in.

Nice clothes. Her face an un-inked ivory oval framed by dark hair. Eyes, deep indigo in the dimness, but more light would have probably turned them lighter blue. And curves. Distracting, follow her every move just to see the shifting of things under her clothes, kind of curves. The make-you-run-off-the-road or walk-into-a-door looking at her kind.

Why’d I look? “Fuck,” I muttered. “Hey, gruesome… lay off. Leave her alone.” But I guess he wasn’t in a listening mood. He hit her harder.

I pushed back from my table and stood.

In three, or four long steps, I reached and put my hand on his shoulder to turn him. I ain’t no pussy and put my grip into it. He wasn’t one either, and when he came around, he grabbed my hand and forearm and twisted. I felt it break. That’s when I pulled my pen from my back pocket, wrote him a little note, and stuck it under his chin. The nib caught and snagged flesh as I yanked it free. He gurgled as blood filled his mouth and throat. “Fuck you,” I shoved him aside. One side of her face already had a bruised grape look. “Let’s get the hell out of here.”

“Why’d you do that?” She glanced at the man on the floor, still spitting red bubbles and then at my now crooked left arm with the splintered end of bone poking out.

I held out my good hand. “You need to come with me now… if you want me to live.”

It must have been the slaps and punch to the head made her slow on the uptake. “We have to go.” The small guy, the bartender’s runner, headed to the back rooms. He’d bring back the even bigger, meaner, motherfuckers. “I ain’t leaving here without you.” Shit. I couldn’t believe I said that even as I said it. She grabbed my hand, and I hauled her to her feet. “We gotta go, now, or neither of us is leaving.”

She stumbled along at my side; me more dragging her than she walked. Outside was like stepping into a coal sack. Down the street, the lamppost lights wrestled with the fog that rolls in off the water in the dark hours after midnight and before dawn. The streets, stone and stucco walls around us were damp, glistening. The fog hung low—clung to your legs—in wads; a tattered, yellowed rag. The kind you used to wipe off malaria sweats and never washed. I had learned the alleys kept you mostly off the streets. Five minutes later we were deeper into the maze of old buildings that radiated outward from the port’s warehouses. I had to find my bearings to get to my flop. There I could fix my arm and ask her questions. She probably had answers I didn’t want to hear. But I’d still ask her.

In a House of Sorrow & Pain