Home Nonfiction The Things We Carry 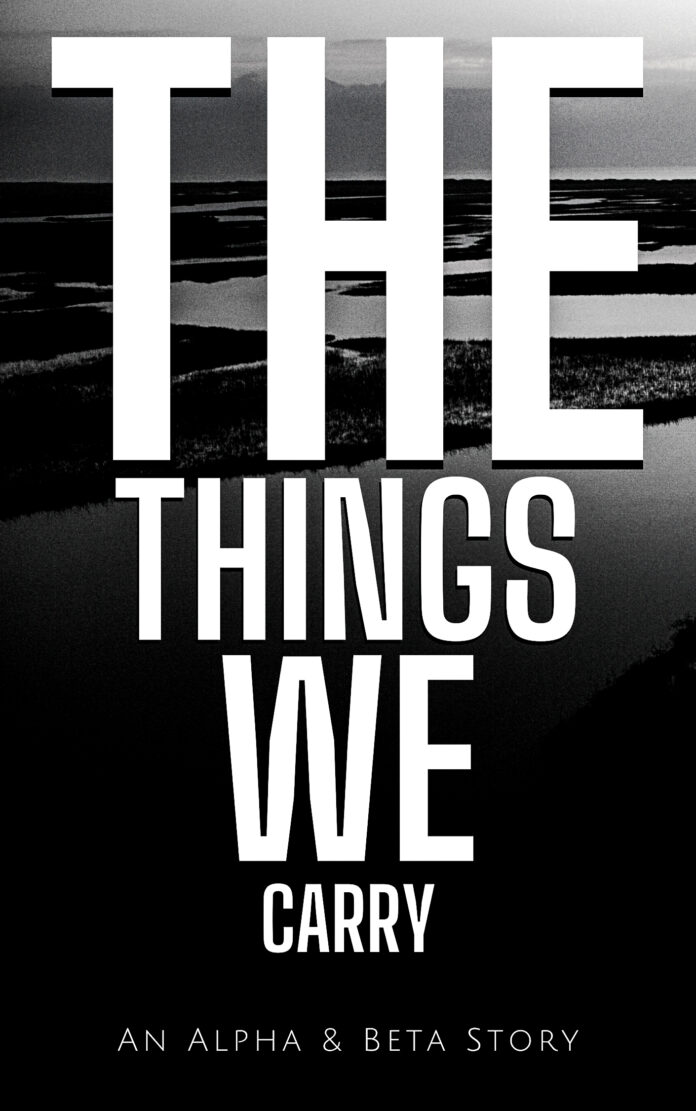 “Dennis, your stories are excellent to use for teaching moments. Very intriguing, well crafted, challenging, yet clearly answers the situation. I am going to use these stories for my great-nieces, -nephews.  I just love stories which are a great way to make specific points or good for teaching moments. Former Secretary of VA, Eric K. Shinseki was a wonderful storyteller and it made a difference in how he related to people, especially veterans.” –Dr. Irene Trowell-Harris, Major General, USAF (Ret)

“An all-time favorite…And a good reminder/lesson for a lot of what is happening in our world these days.” -Bobbie Today

“Dennis, this is a great story.” -Jim Zumwalt

Beta moves slower than Alpha. She’s always at the edge of being on time… Or just past. And I have certain rules — specific times — for chores and when to be at the breakfast table on school days. When you aren’t on time, without good reason — not excuse — there are consequences.

We had one of those mornings Beta couldn’t get it in gear. She was late to the table. I addressed it and meted out the penalty. Minutes later, angry at getting in trouble for being late, Beta lashed out at Alpha over some trivial thing. [Understand that they are twins—Alpha’s five minutes older—and friction arises.] Alpha does not take that quietly, so the breakfast table became a volleying ground for harsh words.

Now, I understand getting pissed off… when I’m pushed too far and go off, it’s epic… volcanic… and not always productive. I know this and work hard to not let that happen. I try to teach my girls how to deal with anger. So, I did this:

Once there were two monks on a pilgrimage [I explained to them what that meant], an older one who had been on several and a young monk on his first. One day they came to the edge of a river. It was turbulent, roiling, with several days of rain in the mountains feeding it. It would prove difficult, but not impossible to cross; they were both powerfully built men. They heard crying. Nearby, under a willow tree, a woman sat weeping. In her hands was a small bag she clutched to her chest.

The woman heard them and looked up. “Please help me… I’m afraid to cross,” she gestured at the river and gripped her bag tighter, “but I must get home soon.”

The young monk turned his back on her. Their order was forbidden to speak to or touch women. But the older monk picked up the woman and, without a word, forged the river. He put her down on the other side. With thanks he didn’t respond to, she turned to the right-hand path and hurriedly went on her way. The older monk continued straight ahead, and the younger came after him. They walked in silence for another mile. The young monk who must’ve been fuming [I defined that word for them] since crossing the river, berated the older.

“How could you do that — the woman… you’ve broken your vows.” He continued talking to him that way for another mile. Finally, the older monk stopped and turned to him.

“I only carried her across the river. Are you still carrying her?”

I waited for a beat so they’d realize that was the end. Then asked, “Do you understand what he—the older monk—meant?” I saw the wheels turning behind their eyes as a minute passed. Alpha raised her hand [yes, they usually do that when they’re in a straightforward question-and-answer situation with me]. I nodded at her.

“The young monk needs to stop being angry,” she darted her eyes at Beta.

Beta still had an edgy look as I replied to Alpha: “That’s right. Sometimes we carry things, too long… far past when we should put them down and move on without them.” I looked at Beta: “That’s something to think about,” and left it at that.

With things settled down, we finished breakfast, and soon they were off to school. I thought it merely another little teaching moment they hopefully took to heart.

The next day, Saturday morning, we had many chores to do. Beta and Alpha, angry at each other over something, had another incident. A minor one that could’ve grown larger. I gave Beta a look and she dropped the fight but was cold toward Alpha as they did their chores. About an hour later, when I was making some ‘soon to be world-famous’ D’achos (Dad’s nachos) for lunch, Beta came up to me at the stove.

She gestured for me to lean down so she could whisper something. “I put the woman down…” Beta had a smile on her face. A moment later, I heard her apologize to Alpha.