Home Fiction About | THE TAKING 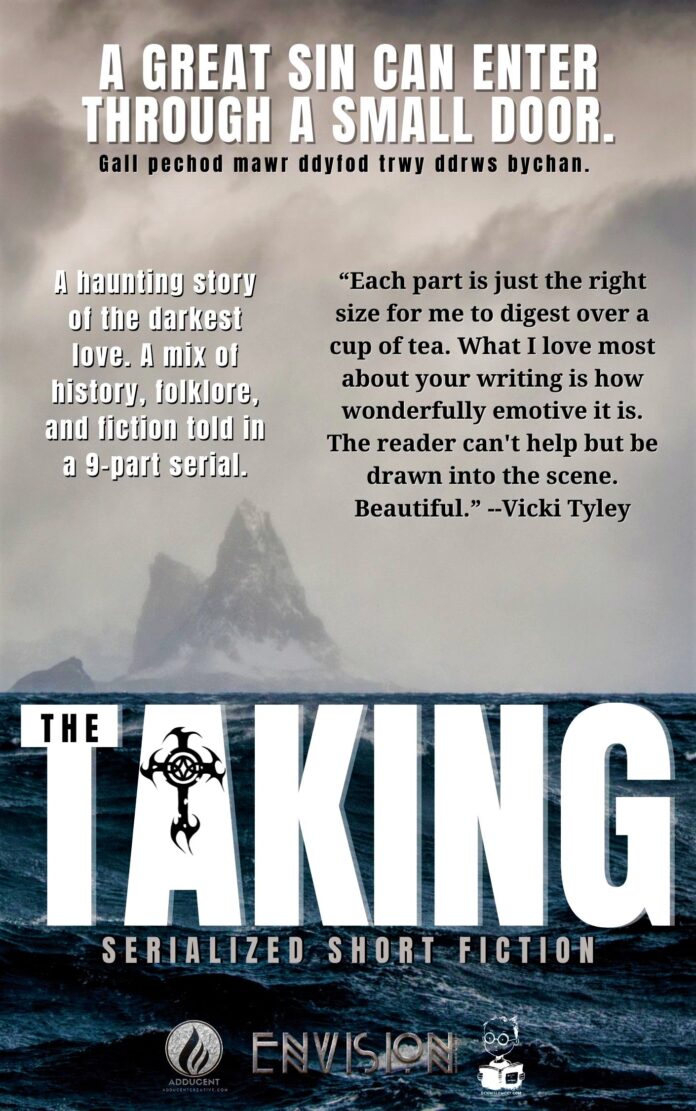 Time drops in decay
like a candle burnt out.
And the mountains and woods
have their day, have their day;
but, kindly old rout
of the fire-born moods,
you pass not away…

Enveloped in a strange mist, at 14:14 hours on 24 April 1945, the unescorted British steam merchant cargo vessel Grania was torpedoed and sunk by U-1305 seven miles off the northern coast of Wales. Launched in March 1924 for M. Murphy Ltd., captained by Master Albert Henry Standen and en route from Sligo, Ireland, she never made it to Liverpool, England.

The master, 13 crew members, and two gunners were lost along with 841 tons of sulphate. The log of the U-1305 (which surrendered to the Allies on 10 May 1945 at Loch Eriboll, Scotland) confirmed the sinking of the Grania and approximate location. It was the only sinking by the U-boat commander, Helmuth Christiansen, Oberleutnant zur See der Reserve, in his eight months commanding the submarine. In his log, he noted the odd afternoon sea mist that enshrouded the Grania and his U-boat.

There was a sole survivor from Grania. The messroom boy, Derek, who still carried the ship’s log with its final entry about the strange weather. The ship’s master had often told the boy about myths and legends of the sea they sailed and the coastline they passed. Rescued by an Irish fishing trawler, there was something wrong about the survivor and his tale. It was one he told his family over the years. All believed it was just that… a doubtful story and even it faded. On his deathbed, he swore to his namesake grandson it was all true. So, Derek became determined to investigate it, see for himself, and prove his grandfather had not spun a tall tale.

Guinevere had green eyes
Like yours, mi’lady, like yours
When she’d walk down through the garden
In the morning after it rained…

Guinnevere drew pentagrams
Like yours, mi’lady, like yours
Late at night when she thought
That no one was watching at all
On the wall...

Part 1 | The Sinking of the Grania

Picked up by an Irish fishing trawler, there’s something odd about what Derek, the survivor, tells the trawler’s captain. What he says cannot be…

Derek’s namesake American grandson arrives in England headed to the northern coast of Wales with his soon-to-be fiancé, Anne, to find the site of his grandfather’s story.

On the road from London, Anne gets to read Derek’s grandfather’s logbook for the first time.

The oldest locals remember the story of Grania’s survivor and smile at what they say is nothing but a folktale for tourists. They had laughed–back then–at the boy they publicly considered crazy (privately there were those who believed him). Then they deny it could ever have happened and grow angry at Derek, warning him of the consequences if the foolish American persists. Derek and Anne find the son of the old man mentioned by Derek’s grandfather that befriended him and told him more about the legend of the cursed lady.

Derek keeps looking though Anne would rather not. Lost, they come upon a ruined castle keep still occupied and ask the caretaker for directions just as a fierce storm breaks. With the weather worsening, Derek and Anne accept the caretaker’s offer to stay the night. In their room, through a window, Anne sees something revealed by a jagged bolt of lightning and tells Derek to watch for the next flash. One soon comes, and Derek knows he has found the place he sought described in his grandfather’s story.

Derek and Anne seek the caretaker to ask about what they saw. They find the caretaker—in what seemed a combination library/sleeping room—who had pulled aside a tapestry to reveal a sigil carved into the stone of the wall. What the caretaker does next makes Derek and Anne run for their car through a thickening fog. But it won’t start, and lightning is striking all around them. They return to their room, barricade the door and plan to leave at dawn, even if they must walk.

Anne awakes at dawn to find Derek gone. She goes outside to search for him through tendrils of mist and follows the sound of laughter coming from far down a descending and winding trail canopied by the gnarled limbs of ancient trees. Further below, she hears the surf, and as the path and canopy ends at a cove, she sees the old caretaker ahead leading Derek by the hand. 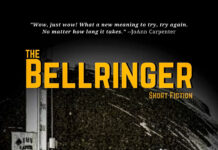