Home Every Picture Tells a Story The Story Behind the Story | Through a Lens of Dark &... 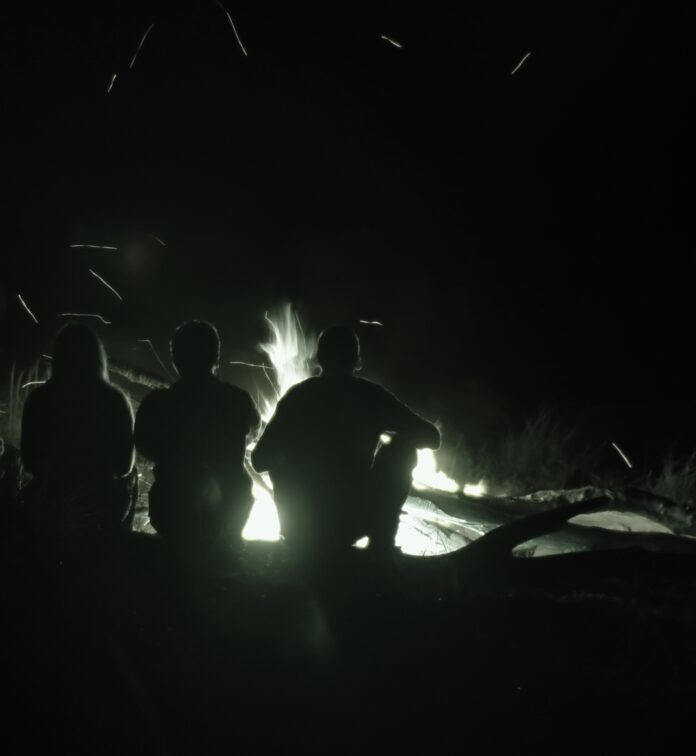 This 23,000+ word novella evolved from what was planned for The Campfire, the picture (above) that was the runner up to Union Station in one of my Pick-A-Picture-Get-A-Story-Written contests. The campfire in the picture was important to the story I developed. Initially I’d planned something about the relationship between the three young people at that point of their lives. But something about the boy and girl next to each other and that the second boy seemed close but separate made me ask a few ‘what ifs’ that led me to set the story in the past (of the fireside photo) and in the present. The three are central characters, but it became increasingly more about what Robert Sterling (the boy next to the girl). And what adult Robert–decades later–sees through an old camera his recently deceased (institutionalized) mother left him. The story takes him back to his hometown… to a place, events, and memories of someone, he’d pushed from his mind nearly 40 years ago.

READ About the writing of the story (warning: spoiler alert).

You can read more about Through a Lens of Dark & Light here.