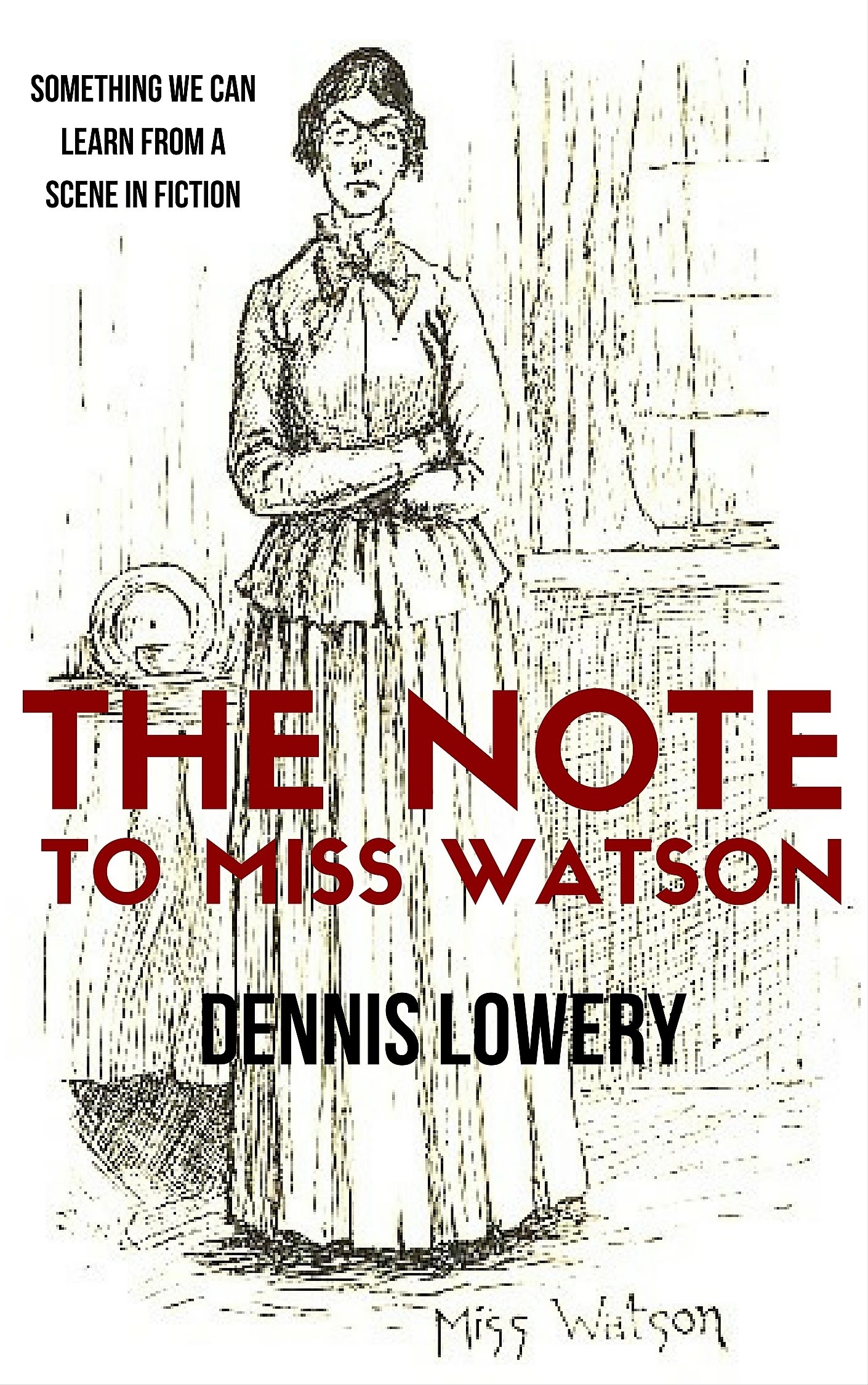 There’s a scene in Huckleberry Finn that brings to a head what Huck has learned about himself, about what’s wrong with the way—ordinary and customary at the time—he’s grown up… and his friendship with Jim. A bond deemed all wrong.

Huck faces that Jim has escaped from his owner Miss Watson (Jim had overheard she planned to ‘sell him down the river’ to more brutal slave owners and fled that fate). Miss Watson was a severe woman—devout in her religion and to societal norms of the times—who continually tried to ‘civilize’ Huck. And as a white person, he (Huck) is expected to turn Jim in. Huck writes a note, thinking to give it to Miss Watson to alert the authorities about Jim. But Huck’s inner conflict over what to do makes him pause. Here are his thoughts in that scene:

‘It was a close place. I took the letter up and held it in my hand. I was a-trembling because I’d got to decide, forever, betwixt two things, and I knowed it. I studied a minute, sort of holding my breath, and then says to myself, all right then, I’ll go to Hell’–and tore it up.’

At that moment—reading his note to Miss Watson—Huck faced all the convictions imprinted on him by the weight of society and his upbringing… and balanced them against facts.

The fact was Jim was a brave, honorable and genuine friend. If Huck had judged Jim on anything else, he would not have enjoyed his friendship, help, and trust. And to violate that—how he felt deep inside—because someone claimed Jim’s blackness made him inferior, that his skin color marked him as property… that it meant a different set of rules and laws applied to him… is a type and level of wrongness that festers and sours a person. Countries, too. Huck sensed that and made a noble choice. He chose fact and personal experience over hearsay, labels, and codified beliefs and fears. Huck did what was right over what was expected. He thought things through on his own.

Still today, we meet and hear people whose convictions dictate that people of color, race, creed or religion, gender, sex, or sexual bias be treated differently, as less than equal. Their beliefs are mostly fed and maintained by fear. Often stoked by those whose agenda is best served by fueling that fear.

Now, Huck’s a fictional character and Huckleberry Finn is just a story. But I believe we can—we all should, even today—learn from him in this scene. We can learn from that he—despite what was expected of him—decided conformist belief was wrong and never sent that note to Miss Watson.

You Sure You’re A Whiteboy From Arkansas

The Boy Who Got Away

A Dawn Must Come