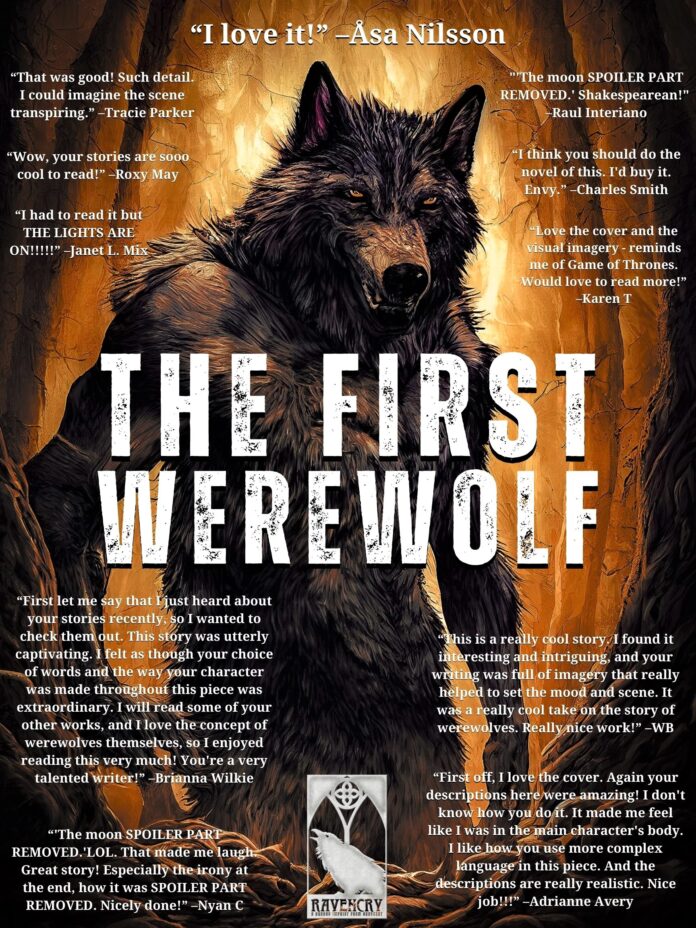 A satirical origin story. What if an alchemist’s vanity and tragically failed experiment created the first werewolf?

The Man in the Moon shone full and bright through the large bank of windows. At a long table of wood, discolored from the spills of countless nostrums and strewn with the implements of the alchemist—a dabbler in the dark—a man turned to look up at it. Its luminescence washed over his features, revealing their roundness. Other than a beard, barely a hair graced his head to break the near-perfect curve, a bit of a gleam from his pate as the rays through the glass draped him in the pale light.

The moon mocked him even more than the girls in the village. He had learned to avoid them, but each night the moon was always there, and once each month, he felt its derision in fullness—as he did tonight. Hating the lunar light, bitter but determined, he returned to his work.

He was close. The elixir he held would succeed where all the others had failed. He would have a luxuriant mane of hair that would draw the ladies to him. They would not resist the urge to run their hands through it and toy with his locks. The first exhibition, he was sure, would lead to fulfilling his fancies and other, darker, fantasies.

Completed potion in hand, he turned again to the window, raising the vial—in more a challenge than a toast—he downed its contents in one swallow. The foul taste not enough to wipe the smirk off his face as he taunted the moon while standing bathed in its light.

It came on him and coursed through his veins, permeating the cells of his being. An odd tingle, almost an itch, crawled from the top of his head, blooming down to his toes. Touching his scalp where nubs of hair now grew, he could feel them lengthen beneath his palm. In another minute, he was brushing his fingers through beautiful strands of hair that became fuller as they spread. They soon gave balance to his beard and proportion to his face—making him, dare he say it… “Quite handsome,” he laughed into the full-length mirror he had placed near the window.

His laughter faded at a strange tightening of his shirt and a hint of pain like a cramp that promised to worsen. Buttons now pulled tight, he fumbled to release them. The exposed flesh was no longer smooth and white as milk, nor as hairless as his head had been. The skin had thickened and dark, coarse hair sprouted. As he watched, it flourished across his stomach and down into his trousers. His pants tightened, drawing up and pinching his nethers; the constriction too much, he ripped them off with furred hands, and long fingers tipped with sharp nails. At the agony in his feet, he tore off his boots and now free of all binding cloth and leather, he stood in the moonlight before the mirror.

His face distorted into an animal’s visage, teeth turned to fangs, and hairy ears twitched. He had scant time to think, ‘God, what have I done?‘ before the lust for blood and flesh triggered a flood of juices in his mouth. His ears caught the sound and nose the scent of food living in the village below.

Little did he know that—as the mind of man gave way to the slavering beast—the ladies of the town, mostly, thought him not ugly but a lout. A most unbecoming man. It was more about him than his head, they found distasteful.

With a howl that tailed from lament to a shriek of hunger, the first werewolf raced to feed.

Howling at the moon…