Lisa Jaeger sought the relief that just a few steps would bring her. One. Two. And then darkness forever. But when she unexpectedly regained consciousness, for a moment the man’s bright blue eyes looked inside her as if to show that everything would be okay. But would it? There comes a time when the dark side of a person is revealed and things don’t go as expected.

“I’m bound for the broken promise land. To meet my demons and get back my upper hand. Lawman can’t catch a soul like mine. Miracles are just too damn hard to find…” –Elle King, Ain’t Gonna Drown

“As I read, the story drew me in and the characters became real. Nice twist. Where does she go now…” –Amazon Review

“Delightfully unexpected! Delicious suspense in a short story that peeks beneath the surface, and exposes the depths of revenge. I devoured it in 25 minutes and read it a second time in one sitting.” –Bobbie T.

“OOOHH HELL YEAH!!!! Loved it. Awesome!!! Exciting, with unexpected twists and turns.—SPOILER PART OF COMMENT REMOVED — Thanks for this very satisfying story, Dennis, I really enjoyed it!” –Nina Anthonijsz

“Oh man! You really got me with this one. Could not stop reading and had no clue about the twists and turns of the story.” –Susan Lewis

“That’s good. But now I have to know about the white dress! I’m on the edge of my seat. Nice writing. Keep it up. I’m hooked” –Brenda Church

“I just finished reading it. Love the twist..hehe…in the story. You always have the best surprises!?” –Debra Dayton

A Note from Dennis

One of my social media connections, a reader who enjoys my writing, posted an interesting photo of a bridge from a vacation trip. His friend, who also likes my writing, Debra, commented: “Dennis Lowery could probably write a story about it….”

I’ve done that several times for people, taken a picture they sent me and then written a story based on what I see in it. So, I had to rise to the challenge.

Dan’s photo became: The Crossing, a 3,747-word short—suspense—story. And that story led to another—Ball-Peen (if you don’t see it listed yet and want to read let me know), at 2,912 words—with the same character, Lisa Jaeger. And though a standalone story, it forms the prequel (Lisa’s origin) and sequel (after The Crossing) scenes that add more to her story arc. That led me to outline and plan, as Paul Harvey used to say famously, “The rest of the story.” And it ranks high on my to-write list coming after my novel, The Company of Masters which I’ll complete by year’s end. Then readers will get Lisa Jaeger’s complete story, how she becomes The White Widow and what happens. 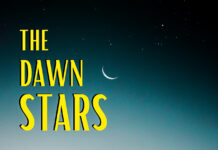 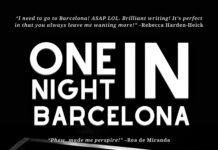 One Night in Barcelona 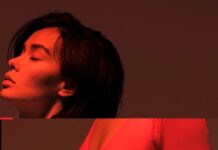 All the pieces of me… 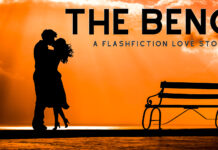 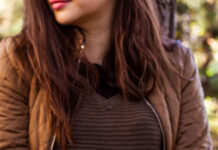 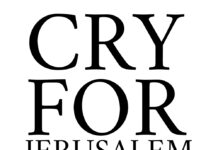