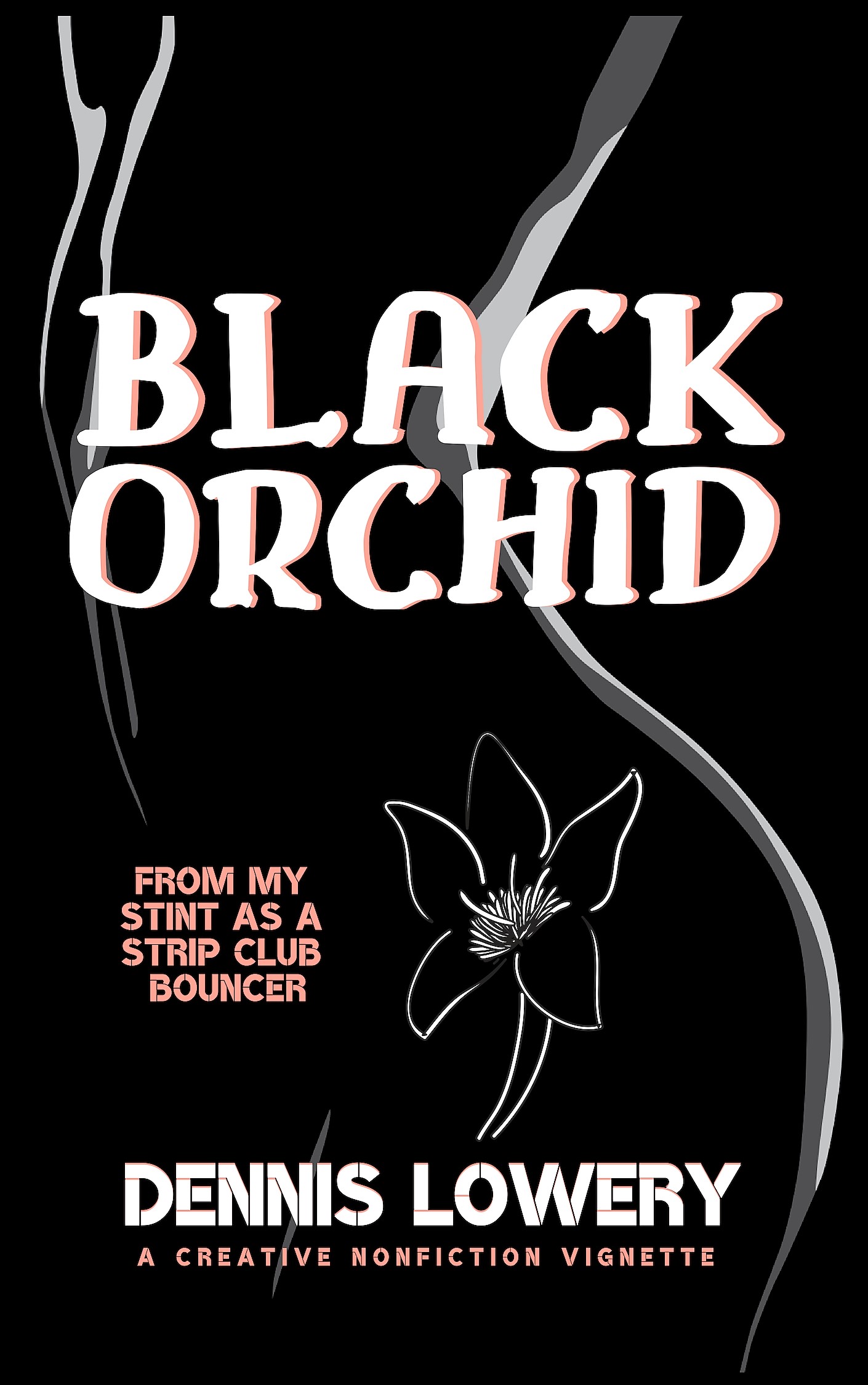 From my stint as a doorman/bouncer at The Black Orchid.

She smiled… and I’d felt it before… her smile stirred me more than the naked woman on the stage who cupped her breasts, teased nipples erect and offered them to the crowd.

Denise tended bar and wasn’t a dancer. But there was something about her that drew men and women. I often had to watch the bar as closely as the stage and floor to keep men from crossing that boundary… trying to touch her. But it was partly her fault. Denise would tease and taunt; she was maddening in that way.

When you pull a guy off or away from a girl to prevent him—and the situation—from getting out of hand, afterward the girls don’t give you any adoring ‘my hero… my defender’ bullshit. I’d get a nod… a tired, jaded, smile… and sometimes a bill or two from their tips. Maybe a caress at closing. But it’s business for them and you. Few drunks fight well, but those that can… can hurt you. It’s hard to judge what the fuck they’ll do. Anger. Embarrassment (if they’re with someone they think they have to put on a good show for… you know, of being a man in front of others). It makes them dangerous and alcohol makes them braver. What you hope for is that it makes them stupid for a moment. So you can get inside and put them down before someone gets hurt. And you’ll get dinged up in doing that. Contrary to what you see in movies, bar fights, at least all but one I’ve been in (Bermuda, resulting in being kicked out of the country), are quick. It’s not a dance and paw at each other kind of thing. And there’re no rules. If things go south, you put the other guy down any way you can… as fast as you can.

“Behave…” Denise had come from behind the bar and pointed at B5 on the jukebox.

“Yes,” she mouthed with moist Cupid’s bow lips… “Bee Five… behave… play it for me.”

She leaned close, breasts pressed against my right shoulder, and whispered in my ear, “Give me a minute and then play it.”

I felt the warm satin touch of her lips linger on the lobe of my ear and with a last brush of my cheek, she turned and walked to the left-hand steps up to the stage.

Denise didn’t just walk. She flowed. Her hips swayed—not exaggerated or forced—with natural grace. Her ass was a perfect inverted heart shape and watching her walk away aroused me. I’ve met few since that moved like her.

This was the first time I saw her dance. And I think she did it for me because I had asked if she’d ever been one… a dancer. That had been the night before. I had noticed her watching me since I started at the club but hadn’t talked with her at length until the third night. Her eyes, onyx that glittered and gleamed in the bar lights, had a depth that mesmerized… I felt pinprick tingles across my skin every time I looked into them.

Languid at first, she picked up the pace to match the song. Our eyes met, and she held the look as her back arched and lips curled, a grin of public pleasure. For you, seemed the promise in her eyes. She danced clothed except for the moment when she unzipped her jeans and turning her back to the crowd, achingly slow—inch by inch—peeled them down to reveal the perfect, God or genetically graced, pantie-less curve of her ass. Then with a taut shudder and shallow breaths, she pulled the jeans up.

In the after-song quiet, she settled at the end with a deep sigh that carried through the room. Standing for a beat, breathing, chest rising and falling, the buttons of her white shirt straining to free from the buttonholes, she faced the lights. A sweep of her hand through long dark hair cleared it from her face, and with a last look at me, she stepped down and returned to the bar.

Every night that followed, at 9:00 pm, she’d come from behind the bar and whisper “Behave…”

And I’d play her song.

As she danced, I never in my life wanted so badly to… misbehave.