Home Nonfiction One Night in Barcelona 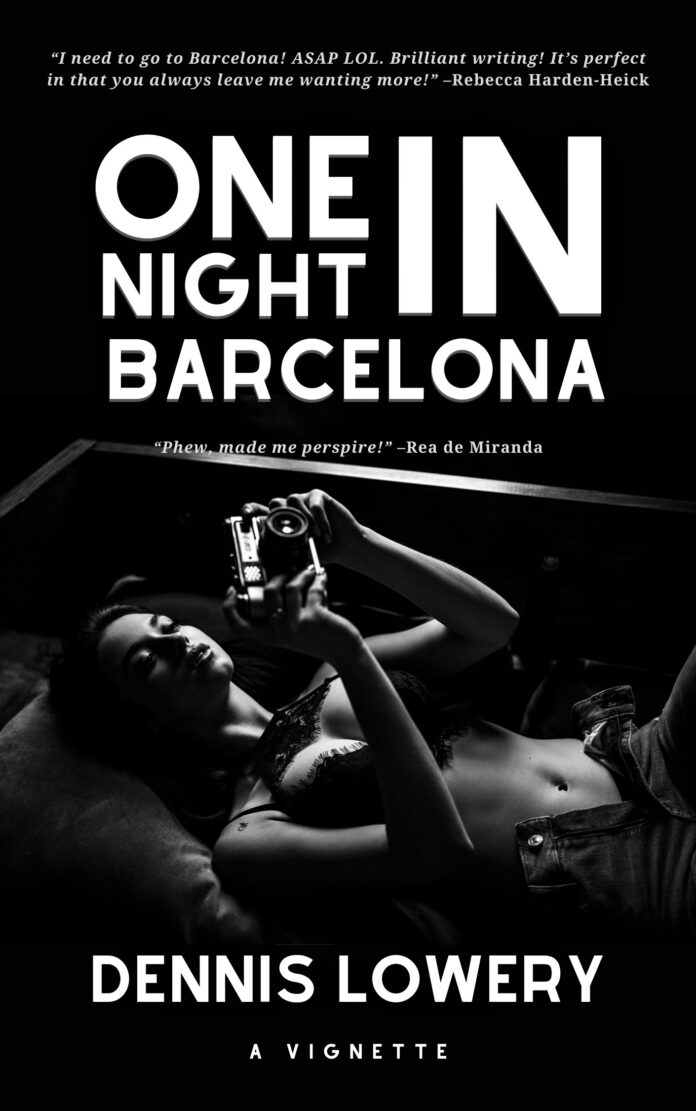 I had met her with a group of other ladies near the fountain of Montjuic taking a night off to celebrate a beautiful fall evening. They took turns posing for photos in front of the lighted waters jetting into the twilight sky as the globes of lampposts began to flicker like fireflies. The owner of the camera seemed younger than the others—early 20s, my age—and petite, not as full-fleshed. I offered to take a picture of them all in front of the fountain. And that led to a conversation—my bad Spanish, their better English—and then an invitation to join them as they returned to their apartments for a party.

Marisol—the girl with the camera—was silent alongside me most of the thirty-minute walk and remained quiet as we entered the apartment complex, and their party began. We—Marisol and I—both still had that leanness of youth and as we drank in the sitting area of their common room, her eyes were on me as much or more than mine were on her. Evening aged into night and we found ourselves closer to each other. Two objects governed by a subtle sexual gravity and pulled into orbit. A certainty just as sure as the autumn moon, seen through the windows, circled our world.

She had a bottle of champagne in one hand as she rose from the black leather settee and beckoned with the other. I took it. Marisol’s grip was silk-soft yet firm. As I stood, she rubbed her thumb across the corded tendons prominent on the back of my hand. “Strong… yes?” she asked, releasing my hand to run hers across my shoulder and right arm. She stroked my hand again and lightly held it, a little tug toward the hallway. Gravity. I let it… and her… lead the way.

In her room, though it also carried a chill, the breeze through the window brought delicate night music. The whispering of fountains and a susurration of the evening street noises of Barcelona, with a full moon rising over the northern end of Las Ramblas… announcing the beginning of the weekend.

My senses heightened; the sound of the unsnapping was distinct. I turned from the window to sit next to her and watch long-nailed fingers work down the front of her shirt to reveal the inside arc of high-set unexpectedly full breasts in black lace. A chiaroscuro effect from the lamp beside us; the room’s only light. As I watched, her flesh prickled… a stiffening tented the fabric as the curtains billowed next to the chaise longue where we sat. The October winds.

I made a dry-throat swallow, the kind you make when anticipation has lined it with dust. I reached for the champagne. With gestures, Marisol asked me to remove the foil from the neck of the bottle before I opened it.

“It’s rough on my tongue,” Marisol explained in broken English and some Spanish I didn’t quite follow but got the meaning. She sat there—blouse open down to her smooth stomach—for a moment studying me then took it off, letting it slip from her hand to the floor as she lay back. Her fingers caressed the satin flesh above her jeans—for a heartbeat or two that seemed minutes long—then unbuttoned them to tug down the zipper. With the acute eyesight of arousal, I could see into the shadow of undone—flared open—pants. The center of the pull I’d felt growing all evening.

Marisol picked up her camera, toying with the settings as I fumbled with the bottle and, after a second’s difficulty, peeled the foil from it. I offered it to her, and she made a pulling gesture that became a stroking motion as her smile broadened, flashing bright, framed by scarlet lipstick.

I popped the cork, and with the resulting gush of foamy white, she set her camera aside and hurriedly leaned forward to take it in. The quick burst swallowed; she slowly licked the neck of the bottle, lingering at the tip. Her eyes never left mine, and laughing, she offered the bottle. She unhooked her bra, and I watched the silk slow-slide from her breasts to reveal dark tips responding to the chill.  It went the way of her blouse. Marisol made a pouring gesture over her stomach then tugged pants and panties off and reclined. I did as she asked and as I drank from her, the soft laughter turned to louder sighs that mixed with the sough of the night wind.

Later, sated, we moved to the balcony where wrapped in a blanket, I held her. We watched the moon fall from the sky while the statues danced near the fountains below. Soon she slept, and I listened to her and the breathing of one of the loveliest cities in the world.

I didn’t sleep. It was a perfect moment… on a perfect night, I didn’t want to end.

“I need to go to Barcelona!! ASAP LOL. Brilliant writing! It’s perfect in that you always leave me wanting more!” –Rebecca Harden-Heick

“You have a wonderful way with words. Damn.” –Sam Hetchler

“I didn’t want the story to end either. You’ve got a great talent, Dennis, to make the reader visualize what you are describing.” –Jim Zumwalt

“I looovve this story!” –Lory Case