Home Every Song Has a Memory Old Songs | New Meaning 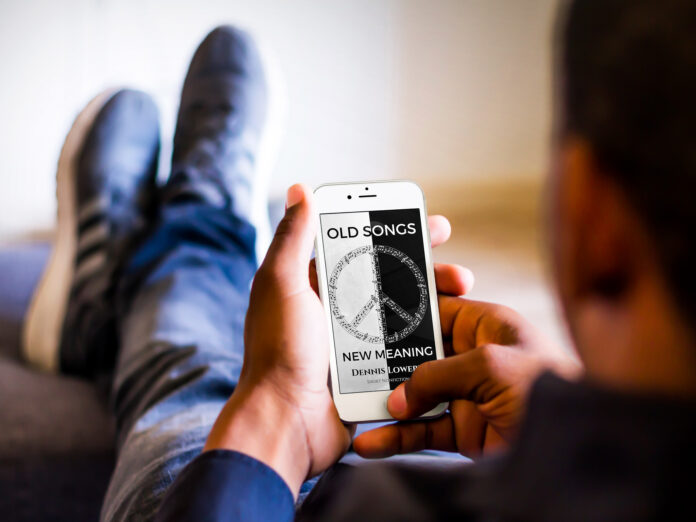 “Thank you for this. Such a good read. We were recently having a similar conversation about curriculum and what children are taught and no longer taught based on hard topics and fears of repercussions of discussing such things. We write history out to hide our own discomfort.” –Dawn Hart Jackson

As I wrote this—in my Pandora random station shuffle—Joan Baez had just sung: ‘The Night They Drove Old Dixie Down.’ A song written by Robbie Robertson and originally recorded by the Canadian-American roots rock group The Band in 1969. It’s a first-person narrative about the economic and social distress experienced by a poor white Southerner during the last year of the American Civil War when George Stoneman was raiding southwest Virginia.

I had always liked the song but gave little thought to its subject. It had never seemed racist or advocating slavery. So just did not ping me as anything more than a song about a southern man’s perspective; his life toward the end of the Civil War and how harsh it was. The suffering in the South was extreme, affecting my own ancestors, but I was fresh—at that moment—in the middle of another context of that era and its repercussions. This time its first chords… the lines sung… were more striking. I stopped what I’d been working on–a piece I planned to present to Tamara Copeland (more follows on who she is), as something she might want to include in the Foreword of her then-upcoming book–and wrote this piece you’re reading. It’s because of Tamara’s book I couldn’t continue to listen to that song as I had for decades.

As I sat there, still turning it over in my mind, I thought of another moment, while reading something that moved me as much as it troubled me. An NPR article by Corey Turner ‘Why Schools Fail To Teach Slavery’s ‘Hard History.’ An interesting—though disconcerting—read. Here’s a quote from it:

“Slavery is hard history,” wrote Hasan Kwame Jeffries in the report’s preface. Jeffries is an associate professor of history at The Ohio State University and chair of the Teaching Hard History Advisory Board. “It is hard to comprehend the inhumanity that defined it. It is hard to discuss the violence that sustained it. It is hard to teach the ideology of white supremacy that justified it. And it is hard to learn about those who abided it.”

“When you bring up racism, kids start getting really defensive, thinking they’re to blame,” says Katz. “To feel comfortable, you need to have a really good classroom climate, where students feel they’re not being blamed for what happened in the American past, where they don’t feel shame about it. It is 100 percent not their fault that there is racism in this country. It will be their fault if they don’t do anything about it in the next 20 years.”

That resonated with me because of something I wrote a few years ago to share with my daughters and shared with my readers:

The Note to Miss Watson

There’s a scene in Huckleberry Finn that brings to a head what Huck has learned about himself. About what’s wrong with the way—ordinary and customary at the time—he’s grown up. And his friendship with Jim. An association deemed wrong at the time (and such judgment—by some—still echoes, to a degree, today).

Huck faces that Jim’s a runaway slave (Jim overhears that Miss Watson plans to ‘sell him down the river’ to more brutal slave owners and flees that fate). Miss Watson was a severe woman—devout to her religion and societal norms of the times—who tried to ‘civilize’ Huck.

As a white person, he (Huck) is expected to turn Jim in. Huck writes a note he plans to give to Miss Watson that will alert the authorities about Jim. Here’s Huck’s inner conflict over what to do:

“It was a close place. I took the letter up and held it in my hand. I was a-trembling because I’d got to decide, forever, betwixt two things, and I knowed it. I studied a minute, sort of holding my breath, and then says to myself: ‘All right then, I’ll go to Hell’—and tore it up.”

At that moment—reading his note to Miss Watson—Huck faced all the convictions imprinted on him by a segment of society and his upbringing… and balanced them against facts.

The fact was Jim was a brave, honorable, and genuine friend. If Huck had judged Jim on anything else, he would not have enjoyed his friendship, help, and trust. And to violate that—how he felt deep inside—because someone claimed Jim’s blackness made him inferior. That his skin color marked him as property. That it meant a different set of rules and laws applied to him… is a type and level of wrongness that festers and sours a person. Countries, too.

Huck sensed that and made a noble choice. He chose fact and personal experience over hearsay, labels, and codified beliefs and fears.

Huck did what was right over what was expected. He thought things through on his own.

Still today, we meet and hear people whose convictions dictate they treat people of a different color, race, creed or religion, gender, sex, or sexual bias as less than equal. Beliefs fed and maintained by fear, often stoked by those whose agenda is best served by fomenting that fear.

Now, Huck’s a fictional character, and Huckleberry Finn is just a story. But I believe we can—we all should, even today—learn from him in that scene.

And so that little piece ends.

I’m a writer and believe there are few better ways—the best being a living, breathing example—to deliver messages and lessons than in a story. And that’s what I read in Tamara’s book, ‘Daughters of the Dream | Eight Girls from Richmond Who Grew Up in the Civil Rights Era.’ A wonderful, contextually and personally, vibrant story of growing up confined—but not inhibited—by racial inequality. Acknowledging the reality of it and appreciating the sacrifices made by black men and women to enable her to have a successful life. Yet knowing we still have far to go in America in treating all as equals. Her sharing that story is a powerful message from a personal perspective that gives me food for thought about my viewpoint.

So, sorry, Joan… other songs, other stories now resonate more with me.

I’ll leave you with this from a Sam Cooke song... another I didn’t give much thought to until reading Tamara’s story:

I go to the movie and I go downtown,
somebody keep telling me don’t hang around.

It’s been a long, a long time coming,
but I know a change gon’ come, oh yes, it will.

Then I go to my brother,
and I say brother help me, please.
But he winds up knockin’ me
back down on my knees, oh…

There have been times that I thought I couldn’t last for long.
But now I think I’m able to carry on.

It’s been a long, a long time coming,
but I know a change is gonna come, oh yes it will…

Sam didn’t live long enough—the circumstances of his tragic death, an indictment of racial injustice of the times—to see the change manifest fully. Some things are yet ‘to come.’ But I hope they do and the rule of society–the rule of law–becomes to solely judge people by their merits as human beings and not because of race, gender, or creed.

You can read more from Tamara and her book at her blog: DaughtersOfTheDream.org