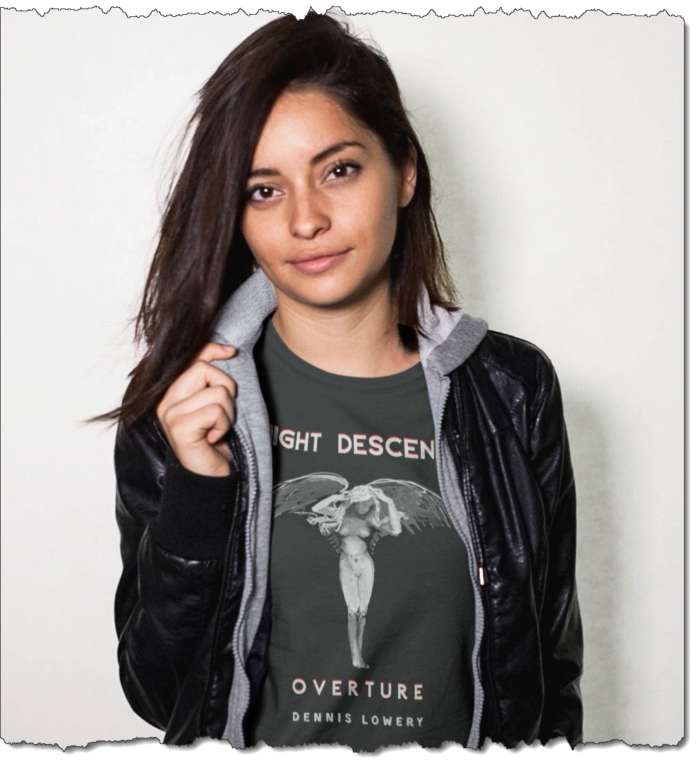 The ruins lay close to the road. The entry standing as a semblance of what once had been but was now long gone. Within shattered walls, on a crumbling slab of ebon granite, lay a supine body. The moonlight pooled around the sculpted rouge antique marble figure of a well-formed woman clothed only in drops from the evening’s light rain.

Chiseled into the slab, at her feet, were the words:

‘Once every ten years, on a full moon night, stone turns to flesh, and she awakes. For those that look at her with a leer and lust, a beautiful winged-demon will descend. For those who look with honor and wonder at her pure beauty, an angel shall ascend. What their mind holds within as they witness her loveliness decides their fate.’

Licking his lips, the young man stepped closer as the red stone of the woman gleamed in the moonlight.

The next morning, not long after the cock’s crow, “Have you seen my Jean?” the woman asked up and down the road between her village and Soissons. None had. Hours later, she returned. Resting next to the ruins outside her town, a chill passed through her. She re-wrapped her shawl, snugging it close and remembered the tales told of what slept among the tumbled stone and crumbling walls. And its allure leading down dark paths.

Seeing the full moon rising over the trees, she realized he’d been only seven years old a decade ago… and that she would never see her son again. She walked to the entrance of decaying stone. How many others would enter and at the last moment, with their last breath, realize… sometimes stories are true.

I wrote this little piece after viewing this sculpture by Adolph Alexander Weinman.