Home Every Picture Tells a Story My Morlock & Me 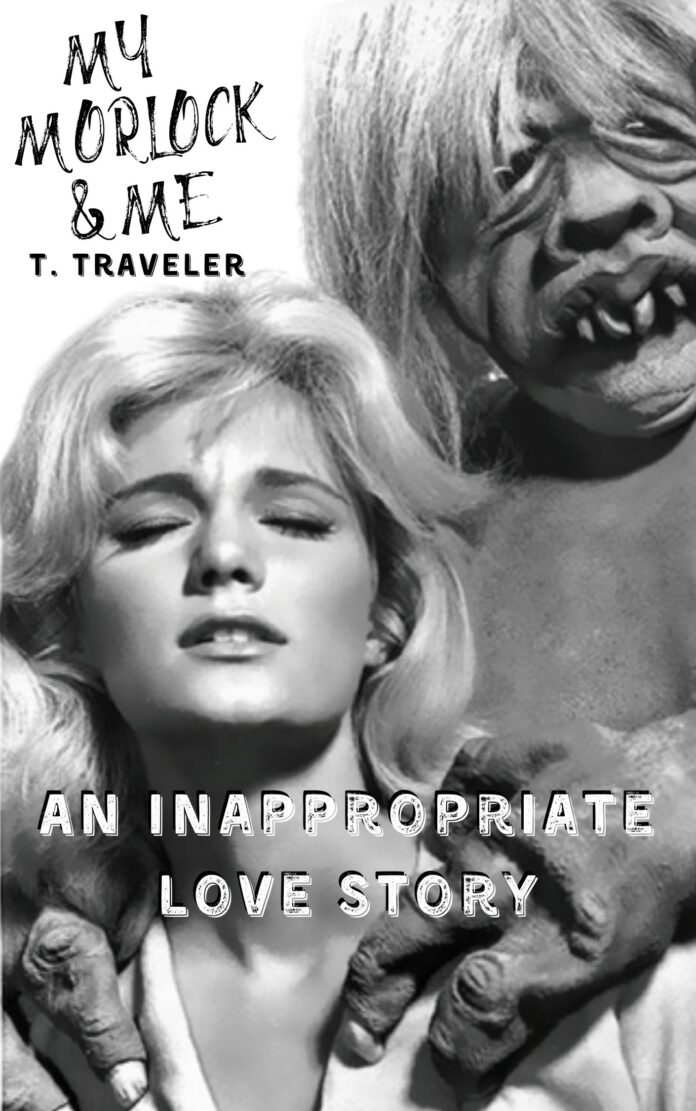 I was from Uptown, and he—there was no hiding it—was from Downtown. I never dreamed of meeting him. We were completely opposite and had nothing in common but we… clicked.

I never mixed well with others. They loved to sport and play… splash and swim in the river that ran beside the city… loll on its banks in the sun eating fruit. And when the sun went down, they returned inside to sleep together in a communal hive. That’s not me. I swim like a rock, burn and never tan… but fruits are okay though, unlike the others, I tire of it. And of being crowded by all of them.

Then my life changed one day. The sun was setting, and all around me rose to make their way back into the city. No one was ever outside at night. It was not done. Not this time, I thought and hung back… letting all the others go in as I hid in a bush by the river. As I waited, it grew quiet, their babble and inane chatter were gone, and the colors of day muted to shaded grays and patches of black. Enjoying being alone for once, I watched a bright full moon climb above and cast pale shadows around me.

In the silence, on the wind, I heard music. Not the cheerful, simplistic—it all sounded the same—soft music of my people the Eloi. This song was complex, doleful, sonorous… carrying from the south past the city’s end, where a grove of trees was the boundary of a field dotted with large upside-down white-stone bowls with holes in their bottom.  I had seen them from the forest but was never curious enough to venture closer. There was never a warning, but all Eloi avoided the area even during the day. But this melody pulled me. I couldn’t help myself.

Fifteen minutes later, the path dimly defined by moonlight, I entered the field. The music’s source seemed in the center. I passed dozens of the smaller bowls and came to a huge one, far larger than all the others. It glowed in the moonlight and on its side was mounted a sign—a metal just like I had seen in the Old One’s museum in the city, no one but me ever seemed to visit. No words, it had only letters:

I stepped up to the lip of the bowl above the sign. The song flowed—a rhythmic current—from below. A thump-thump-thump thrumming synchronized with my heartbeat or my heart with it. Inside, the rim was a ladder. I climbed up and lowered myself over and onto it. The pull of the music stronger than my fear. As I descended, the music got louder but not unbearably so. It penetrated me more than was sensed by my ears. I swallowed what had risen in my throat, knowing it wasn’t from worry or dread. The unfamiliar taste was anticipation… something rarely experienced by my people, and never as powerful as this. The sensation filled me as the ladder ended, and I stepped into a chamber. In its center, before me was a vast pit with a half-dozen ladders affixed along its circumference. They disappeared in its depths.

My eyes had adjusted, and along the wall to my left, I could see a long counter of the same white stone as the bowls, luminescent like the one above I had just entered, and behind it, a metal wall filled with dials, dim-pulsing lights and latticework grill that spread on into the shadows. The music came from it. Entranced, I went closer. Like the river the day I nearly drowned, the sound swept me under and into its depths. But I had no panic-driven—primeval—instinct to claw my way up. I dove deeper and pressed against the bar feeling the vibrations—pleasingly—course through me. A shuddering muscle twitch rippling through my core made me gasp.

I felt someone watching me and opened my eyes. And—at the end of the bar… in the endless night—there he was. Eyes gleaming. I knew his appetite… for love… was as great as my own. I’m not sure if he moved toward me or me to him. All I know is he carried me… and my heart… toward the pit.