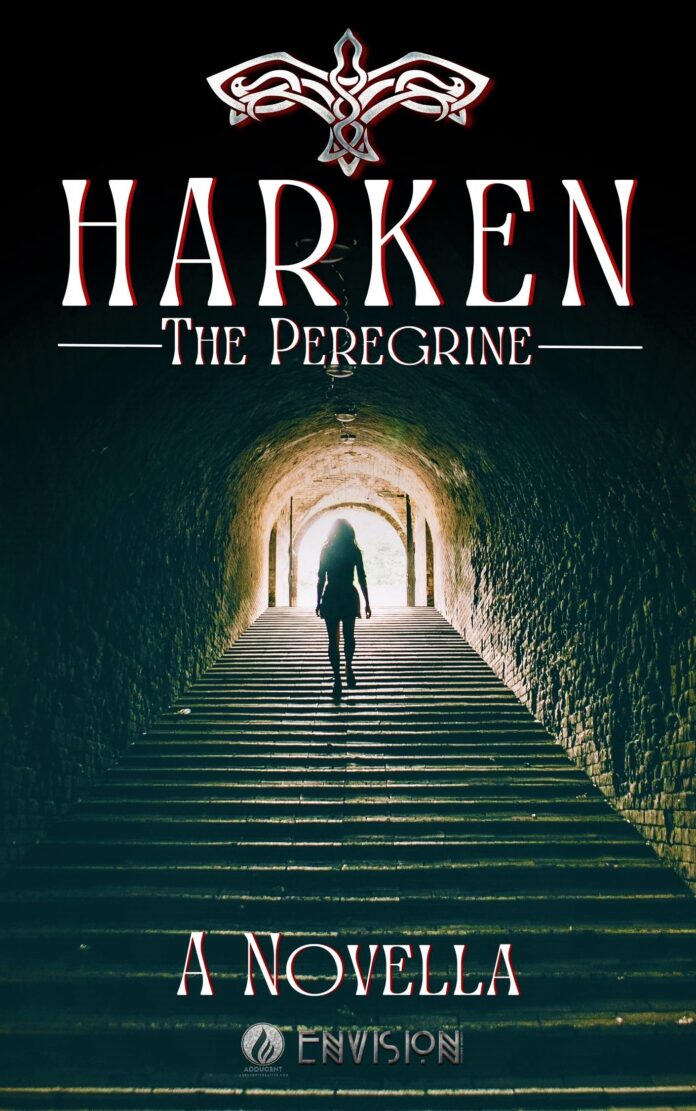 “Turning and turning in the widening gyre. The falcon cannot hear the falconer. Things fall apart; the center cannot hold; anarchy is loosed upon the world. The blood-dimmed tide is loosed, and everywhere the ceremony of innocence is drowned; The best lack all conviction, while the worst are full of passionate intensity.” –William Butler Yeats

“Why is it believed broken things are tamed possessions?” –Rebecca K. O’Connor, One More Winter

Valencia might be broken but she’d never been tamed. Now, she must tap that strength to survive. Every person and family have their own secrets… hers have been hidden by lies. What if the truth she discovers is even worse?

HARKEN—a novella—introduces Valencia as the daughter of a slain Centro Superior de Información de la Defensa (now Centro Nacional de Inteligencia) agent for the Spanish intelligence service. It begins her transformative journey of retribution and discovery of her real family, a hidden treasure, and the deadly secrets that could ruin a powerful global organization if revealed.

Valencia suffers from a ‘quiet’ form of Borderline Personality Disorder [you can read about that here, and here]. It’s worsened when she learns she’s been lied to since birth about her family. Then Valencia—an art historian and art forensics specialist—is framed for her best friend’s murder and a crime she did not commit. But, unknowingly, she holds clues to a trove of art hidden for centuries and secrets that can destroy a corrupt business empire and a burgeoning political dynasty. To protect their secrets, she’s hunted by the people that killed her family. Her journey begins with a woman’s deathbed confession: “I raised you… I… I love you, but I’m not your mother. I’m… I’m sorry… your real father was killed and your mother–” And the woman she thought her mother died trying to tell her more. Valencia leaves the hospital in a daze. Who is the ‘they’ that killed her actual parents? Who is her family? Things become even more complicated when she’s framed for a crime she did not commit by someone she thought a friend who is then found murdered. But Valencia can’t prove her innocence. She receives a cryptic message, ‘you must run or die,’ and instructions delivered with a new passport under a name she’s never heard. She must come to Amsterdam if she wants answers and a chance to live.

Valencia arrives in Amsterdam to unravel the mystery, only to become even more entangled. Following the instructions, she meets a crippled woman who greets her with:

“You want to learn about your family, first I tell you of the peregrine. The Latin ‘peregrinus’ meant ‘one from abroad,’ a foreigner, traveler, or pilgrim. It’s also a breed of falcon. Formidable hunters. Used for thousands of years to strike lethally with a fist-like clenched talon against game much larger than itself. In the late Middle Ages, Western European nobility used peregrines for hunting… they thought it ‘a royal bird, more armed by its courage than its claws.’ You want to know about your family? For centuries they were known as the Peregrines. It is your legacy.”

Valencia wants to refuse it, but she has begun a journey that ultimately takes her around the world, confronting a family as old as her own. Hers lived with honor and truth and helped the persecuted and defenseless while the other family thrived on lies and deception, using murder and assassination to increase their wealth and power.

Valencia is the last in her bloodline; she becomes the Peregrine.

HARKEN will be available Spring 2022 for my Readers List. Email me at Dennis @ DennisLowery.com if you’d like to receive an Advance Reader Copy when it’s available. The series story arc is in development for plotting and outlining the first three books.