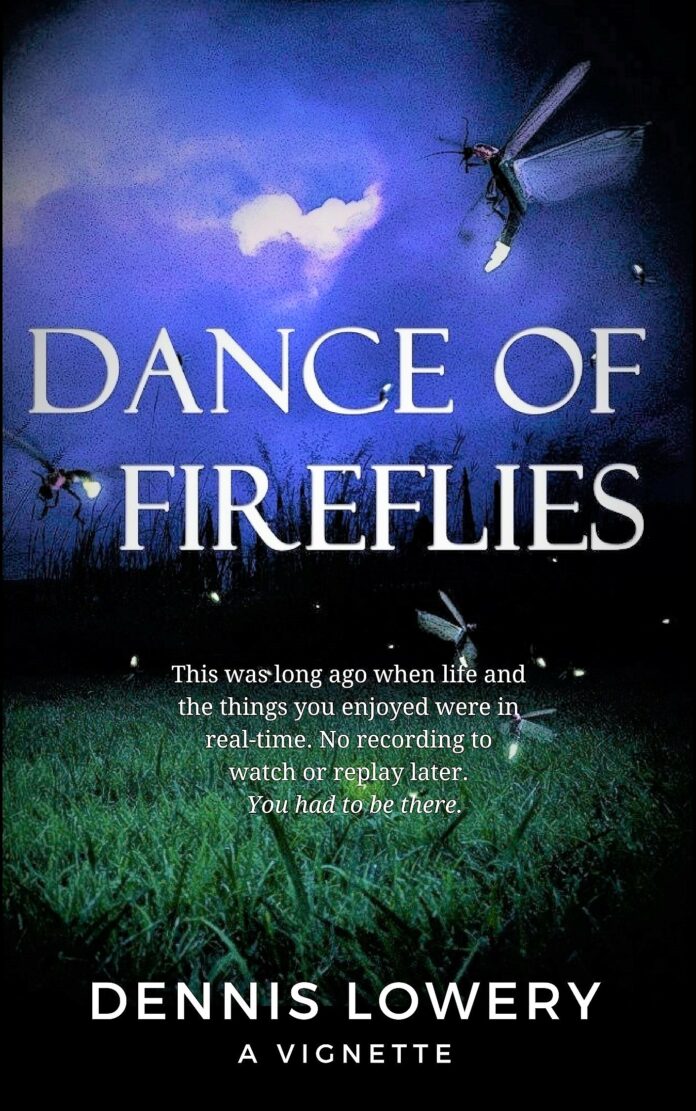 “I love when you write because I can put myself in that moment and visualize it.. As if I was living in the story. Life was so simple as a child.” –Tanya Freisen

“That’s an awesome piece of writing. It really does bring back memories too, for me riding on the back of my father’s truck helping throw hay for the cows, or simply going to check over the farm fences etc. All the memories of racing back so as not to miss Astro Boy etc! Those were very different times. Great to grow up in!” –Jennifer Phillips

“Time and tide waits for no man or in the now… waits for woman either. Wonderful to have that snapshot in time we can look back on. Loved the post.” –Chris Black

“This brought back great memories; being raised in S.C., as a child it was the norm: to watch the fireflies, riding on the back of my Dad’s truck with the wind blowing in my face, putting blankets on the back of that truck watching the stars and moon late at night, or watching a bird land on the second floor of my house to sing at my bedroom window… BACK THEN it was the norm… NOW those are AMAZING MOMENTS. Thank you for taking me there, through your writing, for such a special walk down memory lane.” –Bernice Joe

“Wonderful writing that brings back childhood memories! I can see the things dreams are made of. Quite a talent and a blessing for us to read!” –Susan Gabriel

The sky had darkened, and lightning struck just ahead of the downpour. The flash and crash of thunder almost on top of each other. Our lights flickered… dimmed… strengthened and then went out. It was not quite sundown, so we had plenty of gray remnants of sunlight coming through the French doors and skylight over them. And—I don’t know why—I recalled thunderstorms when I was a kid back in the 60s. Under dim, watery light on my yellow-page writing pad, I wrote:

I remember watching clouds of dust in the distance, coming off powder-dry dirt roads on hot summer days. The passing of mostly trucks in that back then, rural part of Texas. Sometimes I’d be on those roads, riding in the back of a truck, unrestrained. The maker of the plumes that would dust us as my father slowed or stopped. Gray—the color of aged bone—billows of dirt pulled along by the draft settled forward like pulling a blanket up and over my head. The coolness of the ride-created breeze would end, replaced with stifling dirt grit-in-your-teeth heat. The ride was much sweeter at night, soothing on the planes of your upturned, sunburned face, especially if a brief shower had dampened the road. I’d sit on the fender well, look up, and pretend to race the moon. To where I don’t know, but the moon always won. I didn’t mind. The thought I’d someday win made me smile at it up in the sky.

I remember summer afternoons somewhere off playing and then running far and fast to get home before the sun went down. Just in time to finish chores and wash up for dinner before my shows. Crushed if I missed the beginning of Lost in Space or The Time Tunnel. This was long ago when life and the things you enjoyed were in real-time. No recording to watch or replay later. You had to be there.

If one of my shows wasn’t on, I’d slip out to the backyard after dinner. I loved the night sounds, the music of crickets, the hum, and the buzz of birds, animals, and insects that stir at twilight. I’d sit on the steps and drink it all in, enjoying the evening wind as it arranged clouds for the night. My child-mind empty of worries and thoughts only of the next chapter in A Princess of Mars, I’d read before bedtime. I’d bought an old, used copy of the book for five cents at Mr. Petersen’s general store. [He had a barrel of them next to the counter. As my mother did her shopping, I’d sift through them.] The joy of discovering that story and the other adventures of John Carter is still fresh in my mind.

If the metal had cooled enough, I’d move to sit astride the long natural gas tank, shaped (so I thought) like a miniature submarine or spaceship, and look over my world. Sometimes, with the breeze right, I could catch the smell of Henrietta’s tortillas and tamales from her house, the closest nearby. Oh, how the aroma filled the air. She made them by hand, ground her meal fresh every day, and they were delicious. An always-hungry boy, my mouth watered though I’d just eaten my fill.

In the late summer, evening storms would roll in. Often just heat lightning, but sometimes the darkening sky’s rumor would turn true with flash and crash just seconds ahead of the rain. My mother always said the rumble of thunder was “The Devil moving his furniture.” I never thought to question shouldn’t that sound come from below and not above….

On those evenings, in the stillness before, the backyard would become thick with fireflies, dozens of points of light. I’d sit on the steps and watch the little gold sparks wink in and out of the shorter grass close to the house as they moved toward the tall grass further back. As I watched, I didn’t recall wishes or dreams of other things. There was no looking at the sky with longing—no hurt to deal with—decisions or questions to ponder. Only the simple moment and pleasure of watching the dance of fireflies. After a while, from the screen door, under the single bulb above and in its small pool of light, my mother would step out, and I’d hear her call: “Time to come in….” And most times, I didn’t want to… like the evening that stands out in bringing forth this memory. But the night before, Sola had saved Dejah Thoris, and John Carter had fallen. Before I went in, I gave the fireflies a last lingering look—they still danced—and wondered for how long and how far it went on. I didn’t dwell on that, though. Once inside, I hurried through the bathtime routine. I had to find out what happened next on Barsoom!