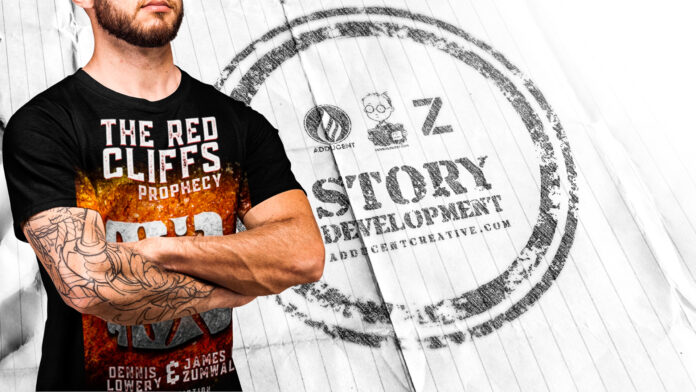 What happened in 2020 was an accident, a test gone awry. And thousands of people died. One man knew in ten years… it would come back. Intentionally… and more deadly. Millions would die. But no one believed him. Now, it’s 2029… and only his daughter can stop it.

The Story Behind the Story

A friend of mine who writes intriguing, well-researched geopolitical and military history nonfiction emailed me: “Dennis: I’m working on one about the coronavirus fascinating in that I have found two books that predicted it—one by name—published decades prior to it breaking out in China. There may be fodder in this for a future piece by you!”

Jim sent me his working draft, and he was right… story-fodder. I don’t lack for things to write and have a slate of stories queued. But what he sent was thought-provoking and approached as a collaboration would be fun.

I did some investigation into other elements to add to Jim’s details on what’s going on in China where the outbreak originated and the two books he mentioned that foretold it. And have come up with an integration of Jim’s research, history, a fictional legend, and current events to plot—what I think is—an exciting story.

Jim and I—don’t let the last three words get you thinking, Gemini… we’re both writers and been friends a long time, but I’m better looking—have begun working on it. 🙂

Let me know if you want to be an Advance Reader for this story [mention the story title in your message].

I create playlists for every story I write. Following below some of the lyrics, is the first song for The Red Cliffs Prophecy. Don’t let the album art disturb you. The song, EPITAPH, is the third track on British progressive rock band King Crimson’s 1969 album In the Court of the Crimson King. Not to claim this art is a result of it, but a lot of groovy acid-trip-induced imagery came from the period. Far out, man.

The wall on which the prophets wrote
is cracking at the seams.
Upon the instruments of death,
the sunlight brightly gleams.
When every man is torn apart
with nightmares and with dreams.
Will no one lay the laurel wreath,
when silence drowns the screams…

Between the iron gates of fate,
the seeds of time were sown,
and watered by the deeds of those
who know and who are known.
Knowledge is a deadly friend,
if no one sets the rules.
The fate of all mankind I see
is in the hands of fools…

On A Lighter Note: Goats! … and other animals.

THE TAKING (Part 3) | The Namesake

THE TAKING (Part 2) | The Sole Survivor

THE TAKING (Part 1) | The Sinking of the Grania