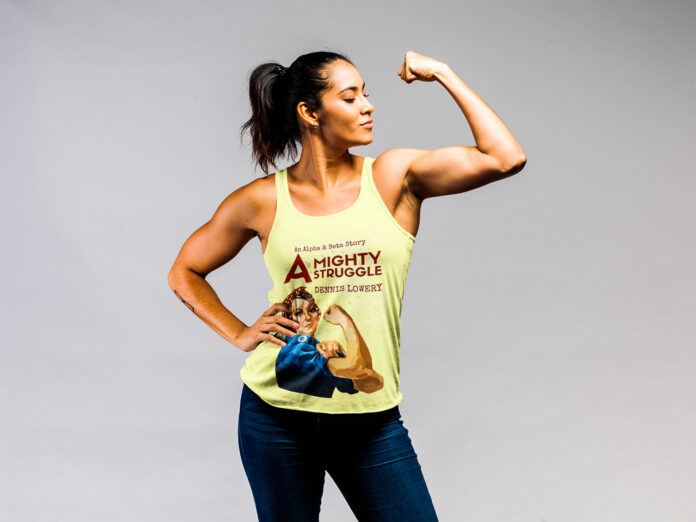 “Dennis, your stories are excellent to use for teaching moments. Very intriguing, well-crafted, challenging, yet clearly answers the situation. I am going to use these stories for my great-nieces, -nephews. I just love stories which are a great way to make specific points. Former Secretary of VA, Eric K. Shinseki was a wonderful storyteller and it made a difference in how he related to people, especially veterans.” –Dr. Irene Trowell-Harris, Major General, USAF (Ret)

Alpha strained. She was trying, but I could tell she was becoming frustrated and close to giving up.

I’ll cut away from that scene for a moment to say this: I believe, as a parent, you have to let your children take their efforts all the way to the wire… and beyond sometimes. I think you have to watch them—let them—struggle with things great and small. And they must see them through even to failure. We must resist the compulsion to do things for them, whether to relieve their frustration or because of our own urgency. “You’re taking too long,” we tell them, trying to move them along faster because of our time agenda. They’re on our clock, and we’re waiting. So, we step in too soon. But every time we do, we teach our children something negative and limiting. We teach them to accept a token effort. And embed becoming frustrated quickly can lead to someone stepping in to do things for them. Or stretching out a less than full effort while complaining is how to handle a difficult challenge. If someone needs it bad enough, they’ll help them.

Sometimes we have to step in; we have to help our children. No disagreement there. But we must be careful not to create and reinforce the expectation in them (or other family members… and even close friends). We must choose when it’s an absolute necessity, and to not do so lightly because we have a low frustration threshold of our own. If possible, don’t give in. Do the right thing for your child and learn something beneficial yourself.

I opened this with Alpha in a mighty struggle. She gets frustrated and angry too quickly, and I’m afraid she gets her quick temper from me. But I practice what I preach… what I just told you. And like I said, challenges come in all sizes, and their magnitude is not in proportion; their timing and context can make the most trivial seem momentous. So, was this case.

Her—Alpha’s—task that morning was something she’d encountered before. What I had shown her… how to handle it, hadn’t stuck with her. We had finished breakfast, and I drank my coffee as she and Beta completed their preparation for school. In less than 15 minutes, they’d have to go.

“Come on…” Alpha cried, and with her announcement, I knew what had begun; the frustration. I watched her. “I can’t…” she complained to Beta. Something came to mind; an iconic image of a woman… she represented those who rallied, served their country, and did what needed to be done in a time of war. I stepped to the center of the kitchen, and raised my arms and voice:

“There was once a tiny battle within a vast war.”

They stopped, turned from what they were doing at the kitchen counter, and studied me as I continued:

“She was young, this warrior, and alone. The stronger men and women by her side at the beginning and those who led them were all gone. She was the last one standing at their objective, the building they had sought and fought to get to. She stood, in her simple blue one-piece—now shredded and stained—uniform with its Women’s Corps collar badge, in a room, holding what would end the struggle; its release would save the world… and herself too.

“The least experienced—she wore a headscarf to hide her recruit camp, fresh-cut, short hair—and the weakest. But she had fought alongside the others. At the entrance, the bone-deep wounds in her legs were too much and weak from the loss of blood, she sank to the floor.

“The long room before her was littered with shards of glass and shredded twisted bits of metal covered the floor. At the far end was a pedestal, as high as she was tall, and on it was what so many had died to reach… and to release. She would have to crawl.

“She cried as she dragged her legs behind her. When she reached the pedestal, with dozens of new lacerations leaving a trail of scarlet smears along the path from the door to where she lay, she was close to completing the mission. She cried more as she pulled herself up, knowing she did not have long. Her slashed legs would not hold her weight, so she clawed up the dais. Reaching one-handed to grab the canister with what was so precious to so many. And at this moment, was what she could not do without.

“Her legs gave away, and she collapsed, holding and cradling the object against her chest. On the floor, gasping, she pushed into a sitting position as she gripped the top of the container. Only 5 inches in diameter and perhaps 8 inches tall, incredible something so small contained what was so needed.

“Giving thanks, it would soon be over, she twisted the top. Didn’t budge. She tried again. Still stuck. She straightened, pinning it under one arm, pressing tight against her side, struggling to free the contents inside. ‘No!’ She screamed and was on the verge of giving up. Then she remembered something a wise man, the leader of her group, had told her… something important.”

I stopped talking. Alpha and Beta stared at me… waiting. I pointed to what Alpha had struggled with and made a gesture of holding it, tilting at an angle, and rapping against the countertop. I made an unscrewing motion. “You can do it…”

Alpha exclaimed, “Oh!” picked it up, and tapped twice. At the first try, still didn’t turn… she tried again, left-handed—Alpha’s a leftie—and it gave… the lid spun off.

“Unleash the mayonnaise!” I cried. “The world is saved…” I gave her The Dad Look; she understood what I meant. Alpha smiled as she finished making her turkey sandwich. She’ll remember this bit of advice the next time she fights with a jar lid.

A somewhat extravagant story—and yes, this is almost verbatim how I told to them—for a minor incident, a small point and part in my daughter’s day.

But then… this was about more than just opening a mayonnaise jar.